In recent weeks both Bruce Stirling and David Armstrong have presented evidence in the Waitangi Tribunal’s Porirua ki Manawatu inquiry as part of its hearings into the claims of Muaūpoko.

Bruce’s evidence to the Tribunal, focusing on Muaūpoko customary interests and the impact of Crown policies, including the introduction of the Native Land Court, was presented in November.

All good things must come to an end. Our old website served us well for more than a decade. But time (and technology) moves on. And so, thanks to the considerable assistance of our good friend Stephen Blyth and Bill…

The 150th anniversary of the siege of Waerenga-a-Hika, 17-22 November 1865, was recently marked by Te Aitanga-a-Mahaki and other Turanga (Gisborne district ) iwi. Vincent O’Malley was also there, giving a well-attended public talk at the Tairawhiti Museum on 17…

Te Ara, the online encyclopedia of New Zealand, has become an essential guide to local history since the site was first created in 2005. It is one website we find ourselves often consulting. When the final theme covered by the… 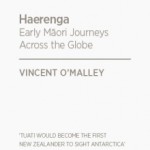 Vincent O’Malley’s most recent publication, Haerenga: Early Māori Journeys Across the Globe, explores the fascinating history of early Māori travel across the globe. Published as part of Bridget Williams Books popular Texts series, the work was released in May 2015.… 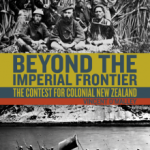 In June of this year HistoryWorks Director Vincent O’Malley attended a conference on ‘Cooperation and Empire’ at the University of Bern, Switzerland. The conference, which was attended by scholars from around the world, was notable for a substantial New Zealand…

The entire team from HistoryWorks had the great privilege of travelling to Rukumoana Marae, near Morrinsville, on 18 July this year for the signing of the Ngati Haua deed of settlement and formal apology from the Crown. The date for…

The Meeting Place Shortlisted for the NZ Post Book Awards 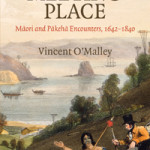 It was big news this week for our director Vincent O’Malley, when his most recent book was announced as one of four finalists in the general non-fiction category for the 2013 NZ Post Book Awards. The Meeting Place: Maori and…