After fifteen years in Boulcott Street, HistoryWorks has recently moved to new premises in central Wellington, close to the National Library and Archives New Zealand. 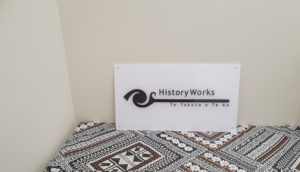 The New Zealand Wars were a series of conflicts that profoundly shaped the course and direction of our nation’s history.

Fought between the Crown and various groups of Māori between 1845 and 1872, the wars touched many aspects of life in nineteenth century New Zealand, even in those regions spared actual fighting. Physical remnants or reminders from these conflicts and their aftermath can be found all over the country, whether in central Auckland, Wellington, Dunedin, or in more rural locations such as Te Pōrere or Te Awamutu.

The wars are an integral part of the New Zealand story but we have not always cared to remember or acknowledge them. Today, however, interest in the wars is resurgent. Public figures are calling for the wars to be taught in all schools and a national day of commemoration was recently established.

Following on from the best-selling The Great War for New Zealand, Vincent O’Malley’s new book provides a highly accessible introduction to the causes, events and consequences of the New Zealand Wars. The text is supported by extensive full-colour illustrations as well as timelines, graphs and summary tables.

Although the New Zealand Wars (1845-1872) have profoundly shaped our country they have been little acknowledged, taught and understood. Historian Vincent O’Malley presents an introduction to the causes, course and consequences of these defining conflicts fought between groups of Māori and the Crown in his book The New Zealand Wars: Ngā Pakanga O Aotearoa. He delivers the 2019 Michael King Lecture (Friday, 17 May 2019, ASB Theatre, Aotea Centre). 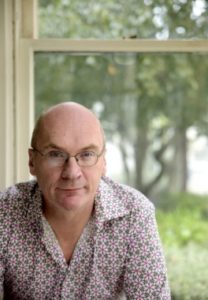 Historian and founding partner of research consultancy HistoryWorks, Dr Vincent O’Malley is the author of The New Zealand Herald Book of the Year 2016 and Ockham NZ Book Awards 2017 longlisted book The Great War for New Zealand, and new title The New Zealand Wars.

In this Friends of the Turnbull Library event, Dr Vincent O’Malley, author of The Great War for New Zealand: Waikato 1800-2000, will present an overview of the New Zealand Wars – a series of conflicts that profoundly shaped the course and direction of our nation’s history. He looks at the origins, causes and consequences of these conflicts and discusses how the wars have been remembered historically.

Vincent has recently received a Friends of the Turnbull Library research grant to help him research his latest book project, a history of the New Zealand Wars aimed at the secondary school market.

HistoryWorks Director Dr Vincent O’Malley was named as the 2017 winner of the Mary Boyd Prize at the New Zealand Historical Association’s conference held in Auckland in December.

Named in memory of the Pacific historian Mary Beatrice Boyd (1921–2010), this award is for the best article on any aspect of New Zealand history published in a refereed journal. The prize covered articles published between April 2015 and April 2017.

Vincent’s winning article, ‘“Recording the Incident with a Monument”: The Waikato War in Historical Memory’, was published in the open-access Journal of New Zealand Studies in 2015.

The article charts changing perceptions of the Waikato War in national memory and consciousness and formed the basis for a chapter on this topic in my subsequent book The Great War for New Zealand.

Following the magnitude 7.8 earthquake that struck central New Zealand last November, the PostShop housing our mail box in Marion Square has been permanently closed. Please note that our new postal address is:

All other contact details, including our physical address, remain the same.

Vincent O’Malley talks with Waikato-Tainui representatives Tom Roa and Rahui Papa about this landmark publication, which will be launched at the Waahi Poukai on 8 October. 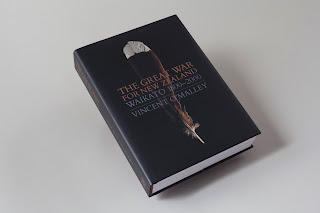 Spanning nearly two centuries from first contact through to settlement and apology, The Great War for New Zealand focuses on the human impact of the Waikato War, its origins and aftermath. The book arrives as the Government announces a national day of commemoration for the conflict and key sites are returned to iwi.

Find out more at www.facebook.com/TheGreatWarforNewZealand.

Vincent O’Malley recently appeared in the three-part documentary series Kiingitanga: The Untold Story. Documenting the more than 150-year history of New Zealand’s Māori King movement, the series provides rich insights into the past, present and future of Aotearoa’s indigenous monarchy. The series can be viewed on demand from the Māori TV website.

Vincent also discussed the history of the movement with Andrew Dickens of Newstalk ZB. Listen to the interview here.

Due to be published by Bridget Williams Books in October 2016, Vincent O’Malley’s lavishly-illustrated new history of the Waikato War promises to challenge assumptions that we know all we need to about the wars fought on New Zealand’s own shores. The great war for New Zealand was fought, he suggests, not at Gallipoli or on the Western Front, but right here in Aotearoa New Zealand. See the book’s webpage for updates on the work.

When it came to the (time of the) murder at Rangiaohia, then I knew, for the first time, that this was a great war for New Zealand 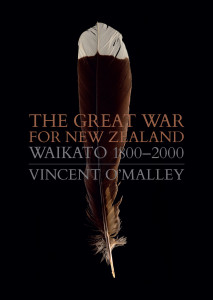 A monumental new account of the defining conflict in New Zealand history. It was war in the Waikato in 1863–64 that shaped the nation in all kinds of ways: setting back Māori and Pākehā relations by several generations and allowing the government to begin to assert the kind of real control over the country that had eluded it since 1840.

Spanning nearly two centuries from first contact through to settlement and apology, ​Vincent ​O’Malley focuses on the human impact of the war, its origins and aftermath. Based on many years of research and illustrated throughout, The Great War for New Zealand is a groundbreaking book written in the conviction that a nation needs to own its history.

Vincent O’Malley recently took part in the Waitangi Rua Rautau Lectures for 2016, held at Victoria University of Wellington’s Te Herenga Waka Marae. After an initial address from Rotorua mayor Steve Chadwick on the recent council partnership agreement with Te Arawa, the second part of proceedings focused on the role of historians in the Waitangi Tribunal process, with Vincent paying tribute to Professor Alan Ward, who passed away in December 2014. Radio New Zealand recorded proceedings. You can listen here (Vincent’s talk begins about 40 minutes in). Judge Caren Fox, Shonagh Kenderdine, Professor Michael Belgrave and Sir Edward Durie are also featured in the recording.